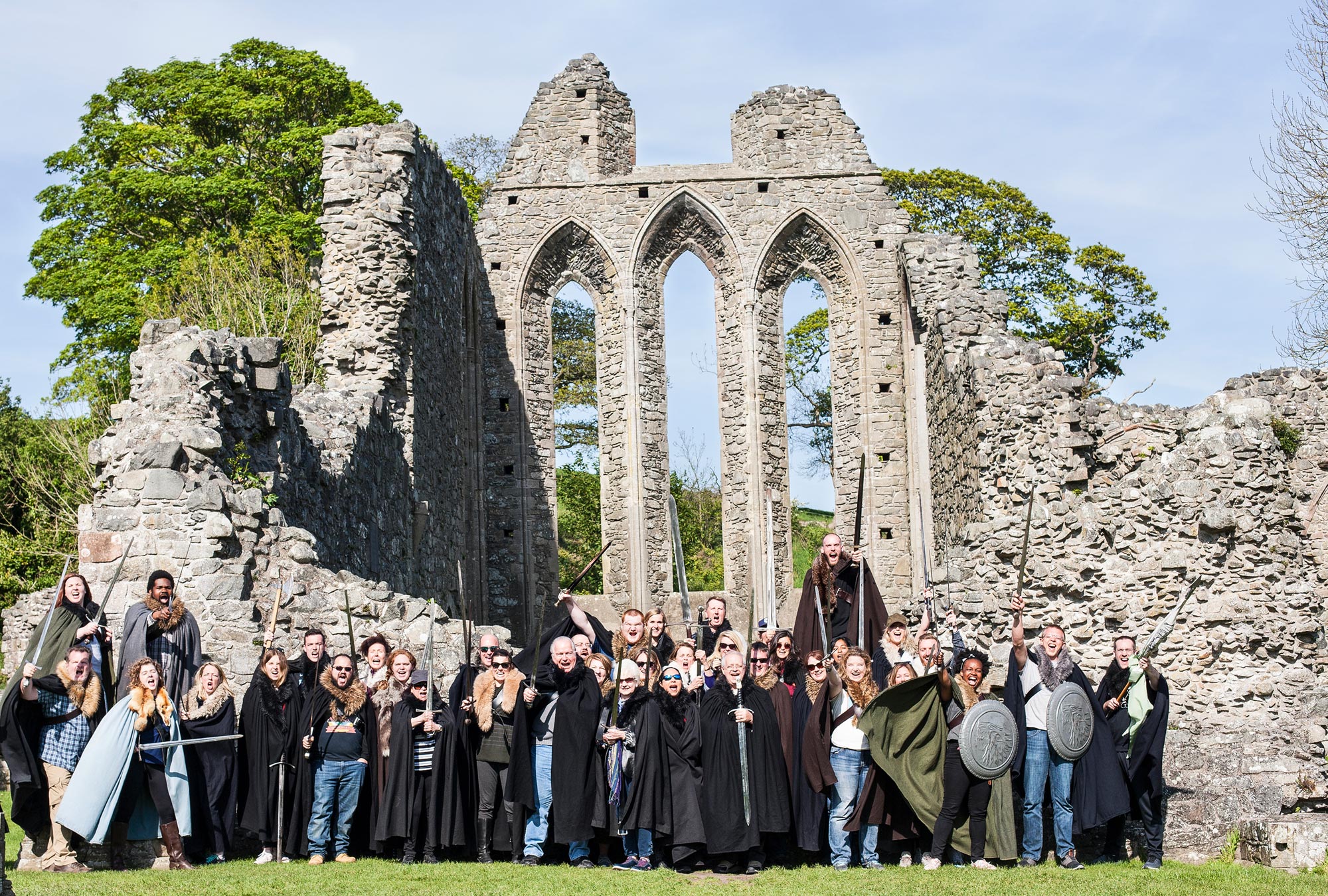 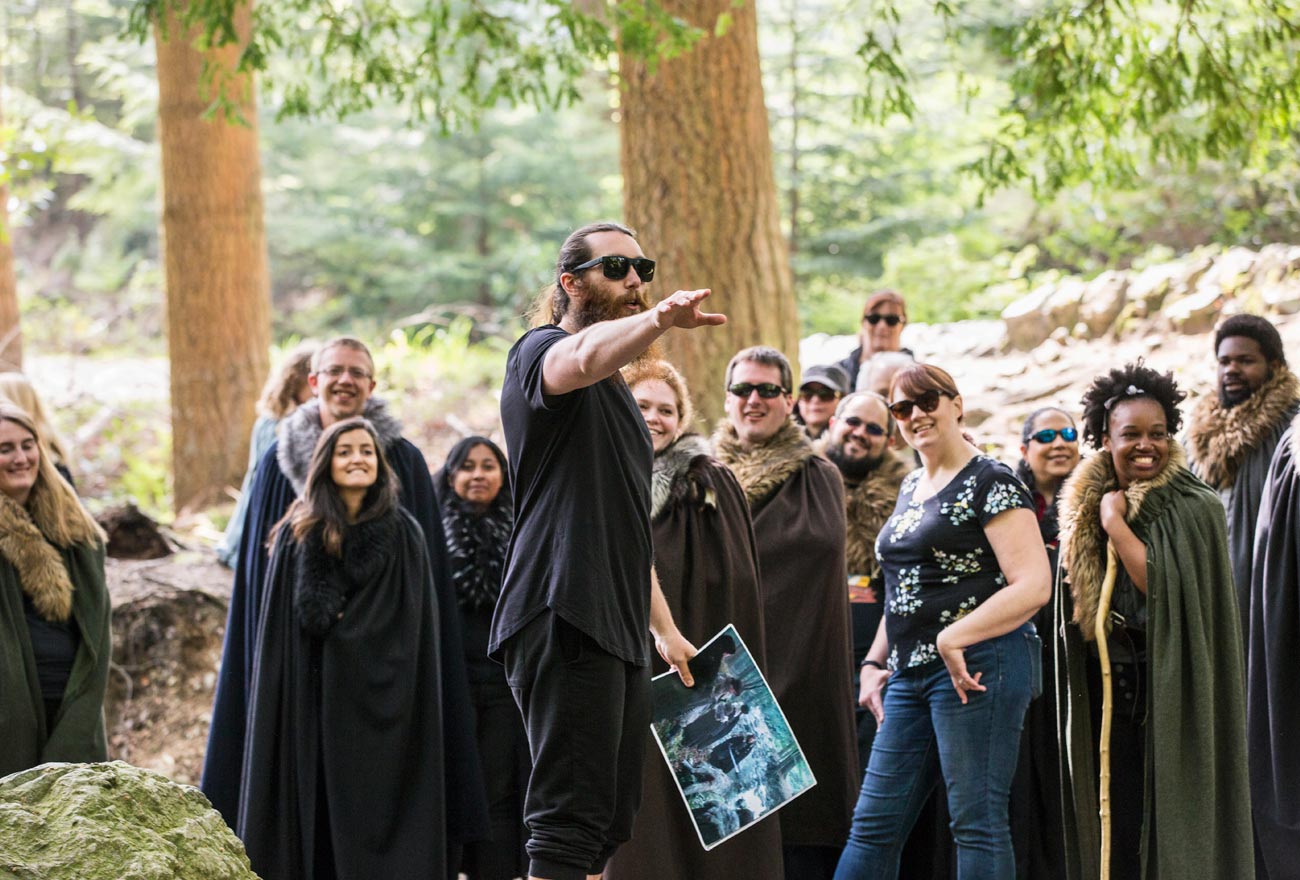 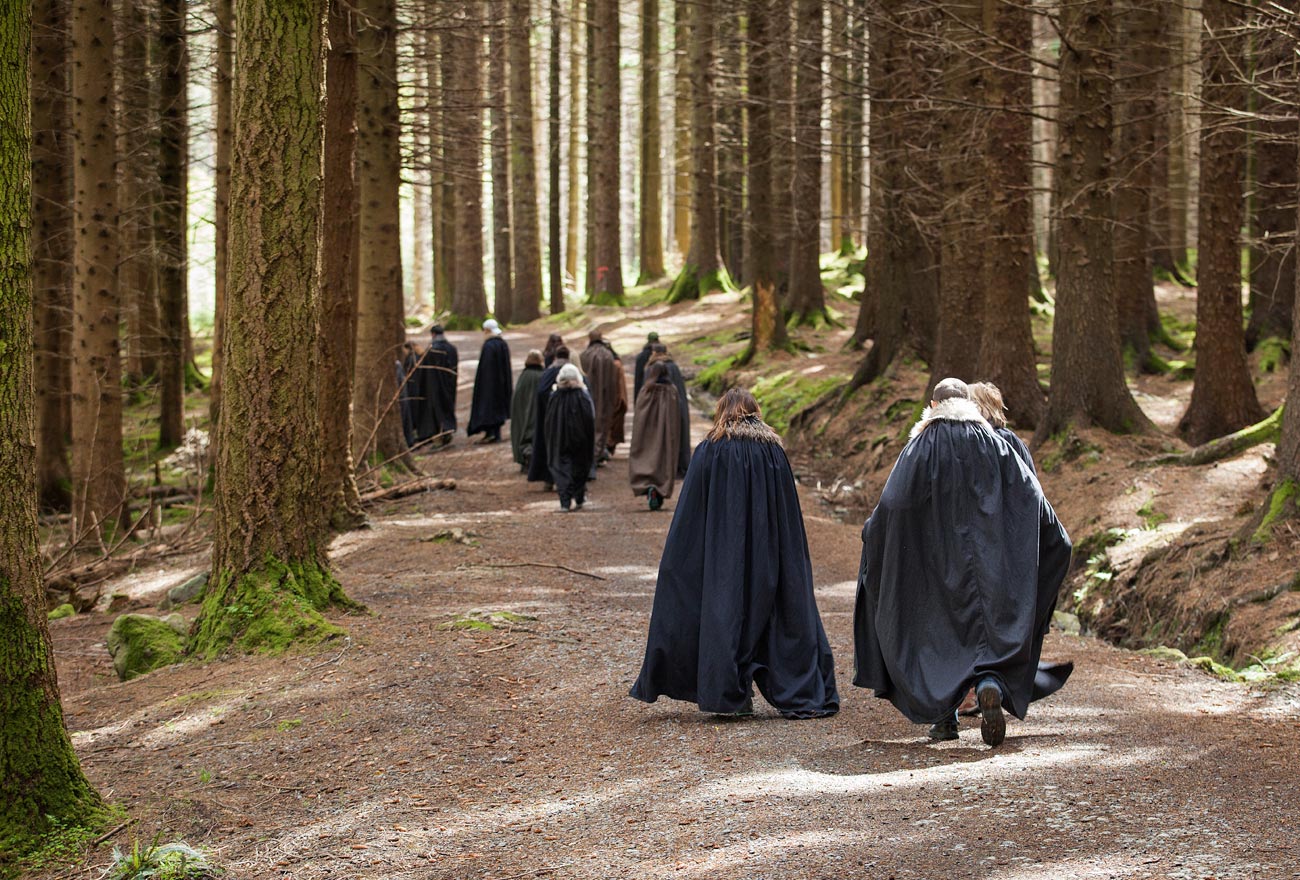 This beautiful forest featured in many key scenes, such as the pit where Wills finds the dismembered bodies in the snow, Tyrion and Jon’s campfire on their journey north to the Wall and the bridge where the Starks find a dead direwolf and her pups.

Visit the ruins of this 12th century Cistercian Abbey where Catelyn and Robb hear terrible news from King’s Landing, and Robb’s bannermen pledge fealty to him as the ‘King in the North’.

Old Castle Ward is the location on Winterfell when King Robert Baratheon arrives to ask Ned to be Hand of the King. Other scenes filmed nearby include the crossing at the Twins and the tree where Brienne dispatches three Stark bannermen.
Winter is coming! This tour starts in the depths of Tollymore Forest at the location in the first episode where Wills of the Night’s Watch finds dismembered Wildling bodies in the snow. Your guide will use video clips, screenshots and VFX clips to show how scenes were made. After lunch the tour visits Old Castle Ward, location of Winterfell when King Robert asks Ned to be Hand of the King. Finally we visit the ruins of Inch Abbey where Robb Stark’s bannermen pledged fealty to him as ‘the King in da Norf!’

In the trunk of the coach we have Northern cloaks, metal swords and hand-painted Stark banners. The is the only coach tour from Dublin that visits these locations, away from the tourist crowds. Don’t miss this chance to explore the real Westeros in Northern Ireland!

The coach will leave Dublin city centre via the Port Tunnel.

Comfort stop for 15 mins at Castlebellingham Applegreen service station on the M1, northbound.

Arrive at Tollymore Forest Park. Covering 630 hectares (1,600 acres), this forest is the backlot for many key scenes, such as the pit where Wills finds the dismembered bodies in the snow, Tyrion and Jon’s campfire on their journey north to the Wall and the bridge where the Starks discover a dead direwolf and her pups.

Lunch at the Lobster Pot, Strangford

We pass around a menu and order sheet in the coach to pre-order hot food in the Lobster Pot pub in Strangford. This pub lunch is not included in your ticket price. You may of course bring a packed lunch instead.

Photo stop in the ruins of the 12th century Cistercian Abbey where Catelyn and Robb hear terrible news from King’s Landing, and Robb’s bannermen pledge fealty to him as the ‘King in the North’.

Arrive back at the Hilton Garden Inn, drop-off of all passengers.

On 31 January 2020, the UK left the EU. Northern Ireland, as part of the UK, is now outside the EU. However, the Withdrawal Agreement contains a special protocol which dynamically aligns Northern Ireland with the EU to avoid the need for border controls and identity or visa checks when moving between Ireland and Northern Ireland.

Please note that:
1. Game of Thrones® is full of adult content and is rated 18+ in the UK and Ireland
2. Our tours include walking treks, often over uneven surfaces, and
3. We have swords and other props on the coach
Accordingly, we do not permit children under the age of 12 to do any of our tours. This is why there is no children’s ticket price. If you purchase a ticket for a young person between 12 and 18, we need a written waiver from a parent or guardian. Please email us at [email protected], stating the Booking ID and young person’s age.