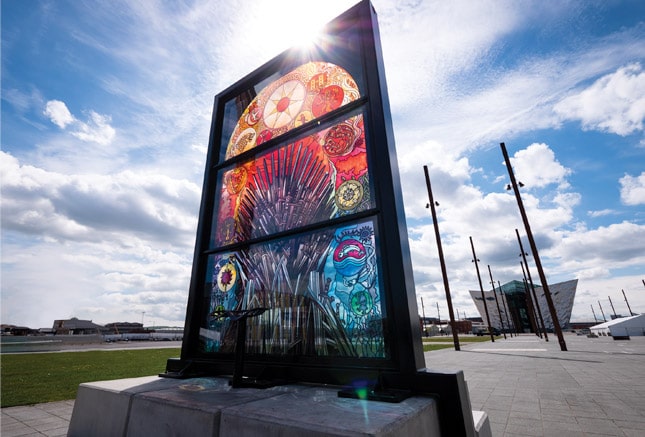 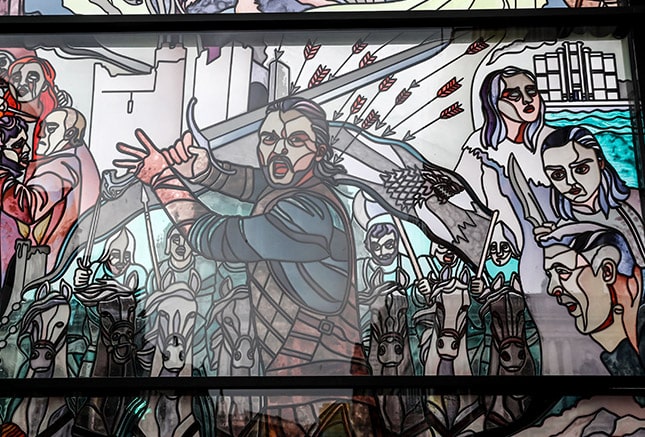 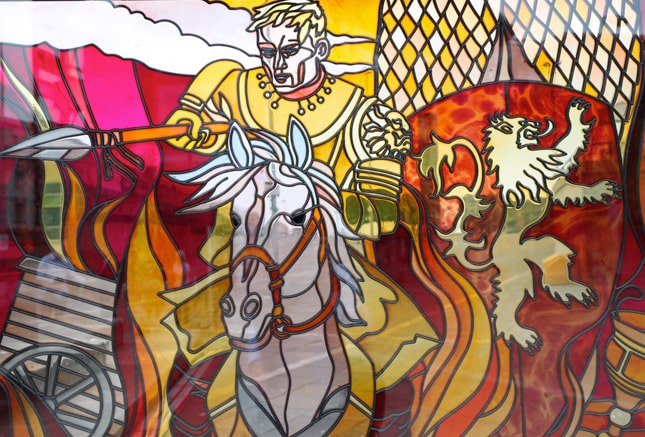 To celebrate 10 years of filming in Belfast, Tourism Ireland created six huge stained glass windows, each depicting the most famous families, characters and scenes. A window was unveiled after each episode of the final season, with each window representing a different theme: from House Stark, House Lannister, House Baratheon and House Targaryen to the White Walkers and the Iron Throne.

The six windows form a 1.8 mile (3km) trail across the city, starting at Belfast City Hall and ending at Titanic slipways, next to Titanic Studios which for 10 years was home to iconic sets such as the Great Hall of the Red Keep with the real Iron Throne! Your guide will be an extra from Game of Thrones® – a Stark soldier, an Iron Born reaver or a Wildling! 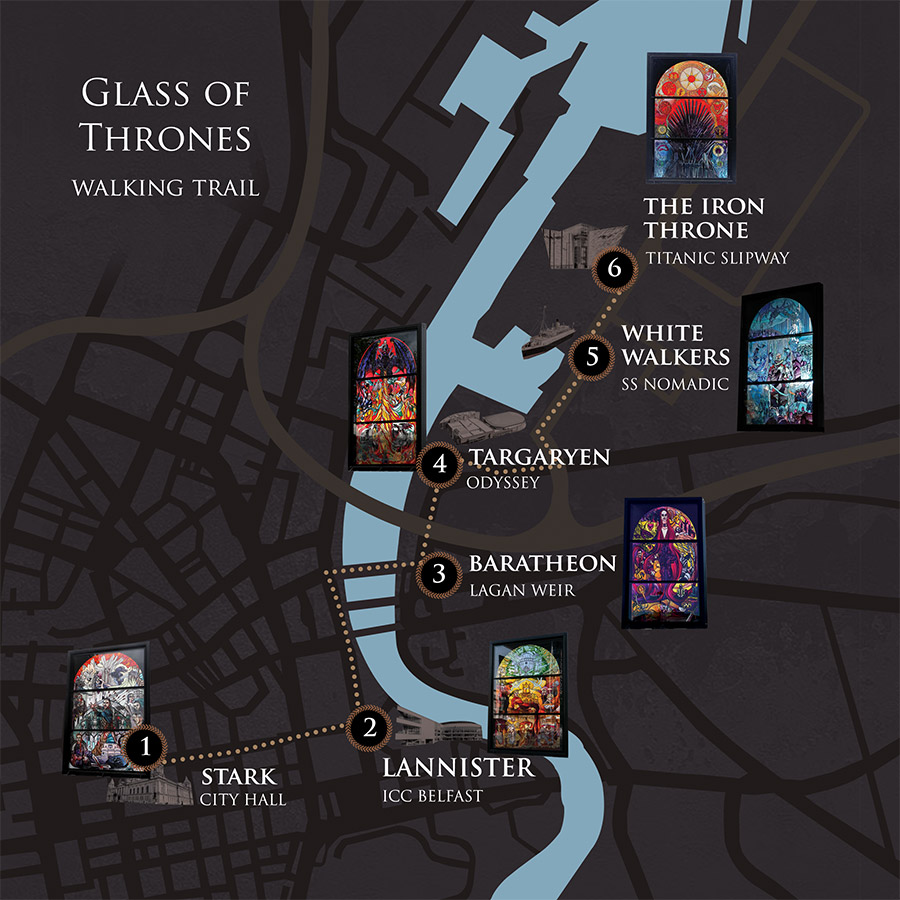 The front gate of Belfast City Hall at 10:00 sharp 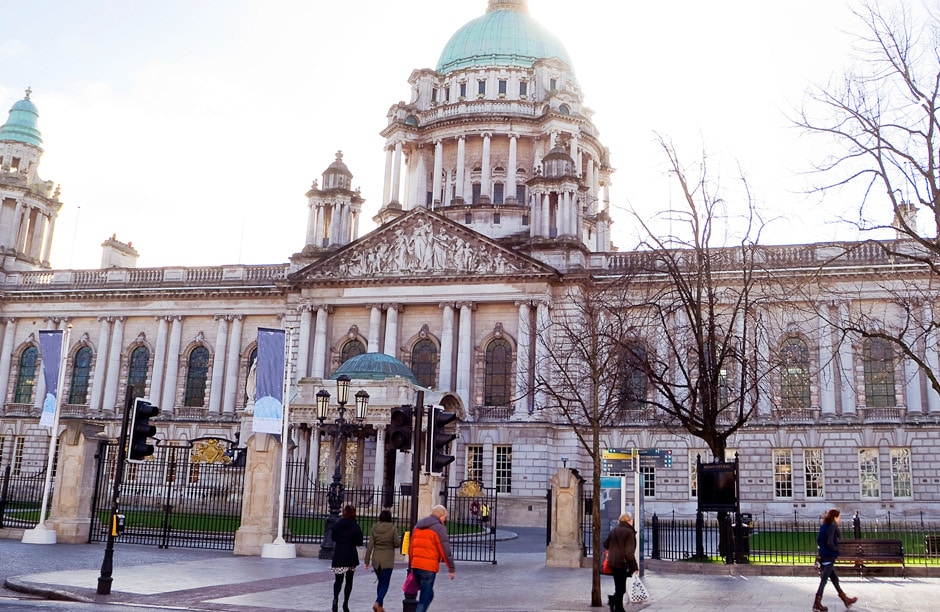 The total walking distance of this trail is 1.8 miles (3 km). The trail route is wheelchair accessible so this tour is suitable for people in wheelchairs but for walkers, please be advised the trail route is exposed to the wind and rain, especially at the end in Titanic Quarter.

We will charge a cancellation fee of 100% if you cancel your booking inside 24 hours before the departure time.

Free for under 12s

Please note that:
1. Game of Thrones® is full of adult content and is rated 18+ in the UK and Ireland
2. Our tours include walking treks, often over uneven surfaces, and
3. We have swords and other metal props on the coach
Accordingly, we do not permit children under the age of 12 to do any of our coach tours. However this walking trail is different. Kids under 12 can go free. For youngsters from 12-18 years, please purchase a student ticket for £8.

Any cookies that may not be particularly necessary for the website to function and is used specifically to collect user personal data via analytics, ads, other embedded contents are termed as non-necessary cookies. It is mandatory to procure user consent prior to running these cookies on your website.