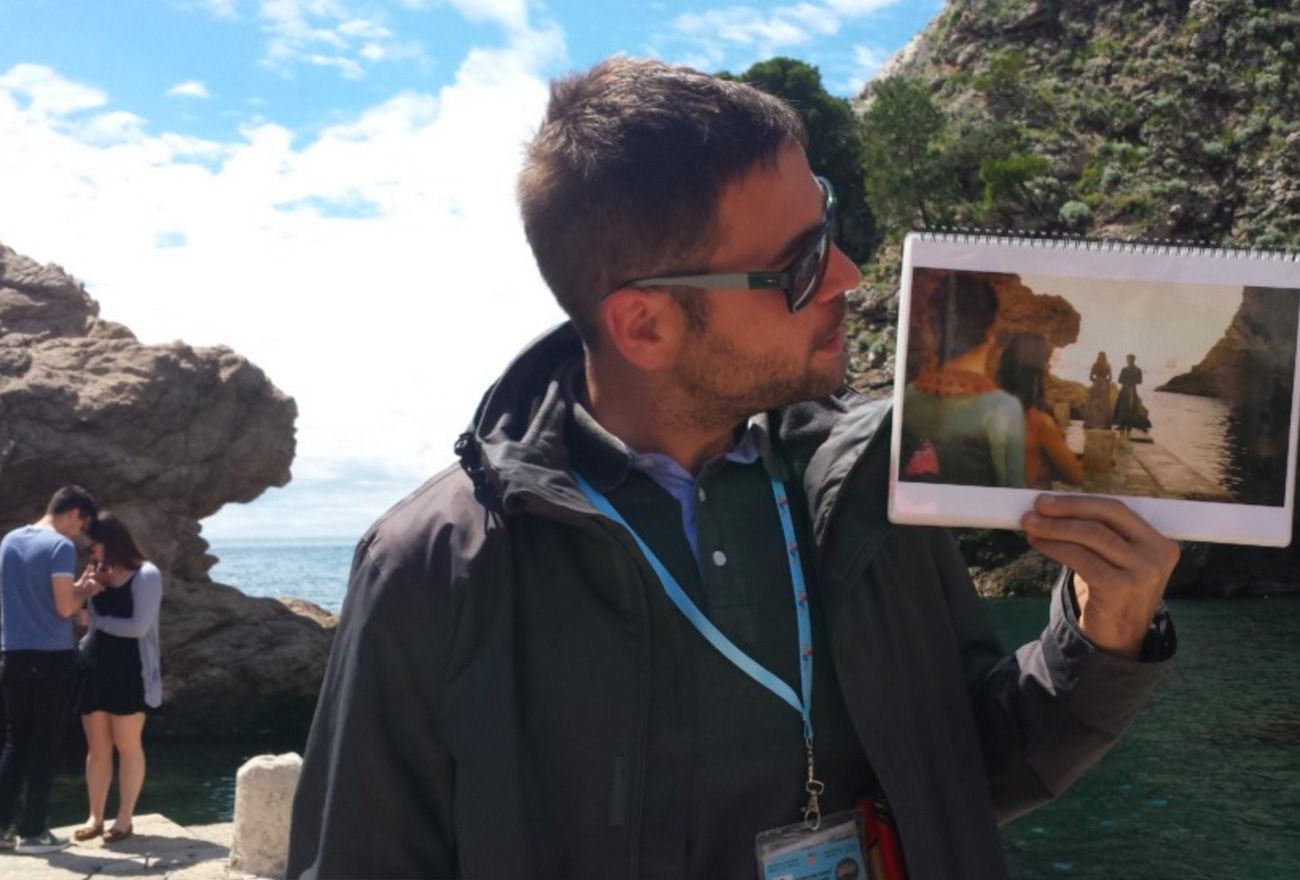 Climb the stairs of Fort Lovrijenac for magnificent views of the Old City and experience many scenes filmed there – Joffrey’s Nameday  Tournament, Tyrion slapping Joffrey, Sansa saved by the Hound, Cersei and Littlefinger’s “Power is Power“ dialogue and the Purple Wedding.

The Great Sept of Baelor

See the infamous street where Cersei did her walk of shame on her way to the Red Keep. One word says it all here: SHAME!

Visit Rector’s Palace, location in Qarth where Daenerys pleaded with the Spice King for a fleet of ships to conquer Westeros

Tour Dubrovnik like a royal on this Game of Thrones®-themed tour of the city. Follow a guide who was involved in the show’s production as you visit top Dubrovnik landmarks such as:

This small-group tour is limited to just nine people or fewer for a friendly and personalised experience. Includes use of swords – Oathkeeper, Longclaw, Needle, Dothraki Arakh. At the end you’ll receive a free gift map of Lokrum Island (film location of Qarth) with GOT locations and tips inside.

A big thank you to our tour guide Dubravka who entertained us for 3 hrs. The tour flew and you don’t have to be a game of thrones fan to enjoy it. Highly recommended.
Read reviews

Meet your guide at the Aphrodite & Pan statue (inside the Amerling fountain) outside the Pile Gate
Your guide will have a Lannister banner. Start your tour by learning about the many film locations of Game of Thrones® throughout the world and Dubrovnik’s important role as the backdrop for King’s Landing.

The Docks of King’s Landing
Just 100 metres from the Pile Gate, in a hidden corner of the Old Town are the iconic quays where Myrcella was sent away from Dorne, Sir Robert Baratheon’s bastard son was killed, Sansa wondered whether to elope with Littlefinger and Jon said his final farewell to Bran, Sansa and Arya.

The Red Keep
Climb the 300 steps to Fort Lovrijenac for magnificent views of the Old City and experience many scenes filmed there – Joffrey’s name day  tourney, Tyrion slapping Joffrey, Sansa is saved by the Hound and Cersei teaches Littlefinger that ‘power is power’. Entrance fee to Fort Lovrijenac (50 Kuna, €6.70) is included in your ticket price.

The Gates of King’s Landing
Enter the Old Town through the Pile gate, through Jaime passed when he returned to King’s Landing without his right hand. This is also where an angry mob attacked King Joffrey.

Littlefinger’s Brothel
In the heart of the narrow streets of Old Town we’ll arrive at the location of Littlefinger’s brothel. See screenshots of scenes including Oberyn, Tyrion and the High Septon. Enjoy the views of Minčeta Tower, location of the House of Undying.

The Great Sept of Baelor
One word says it all here: SHAME!

The Palace of the Spice King
Visit the Rector’s Palace, location in Qarth where Daenerys pleaded with the Spice King for a fleet of ships.

The Walk of Shame
Follow the footsteps of Cersei on her Walk of Shame and see her entering the Revelin Fortress, another location used as the Red Keep.

Views of Qarth and the Duel Arena
We finish our tour at the terrace in front of Revelin Fortress. Enjoy the views of Lokrum Island and the duel arena where Oberyn Martell fought the Mountain. 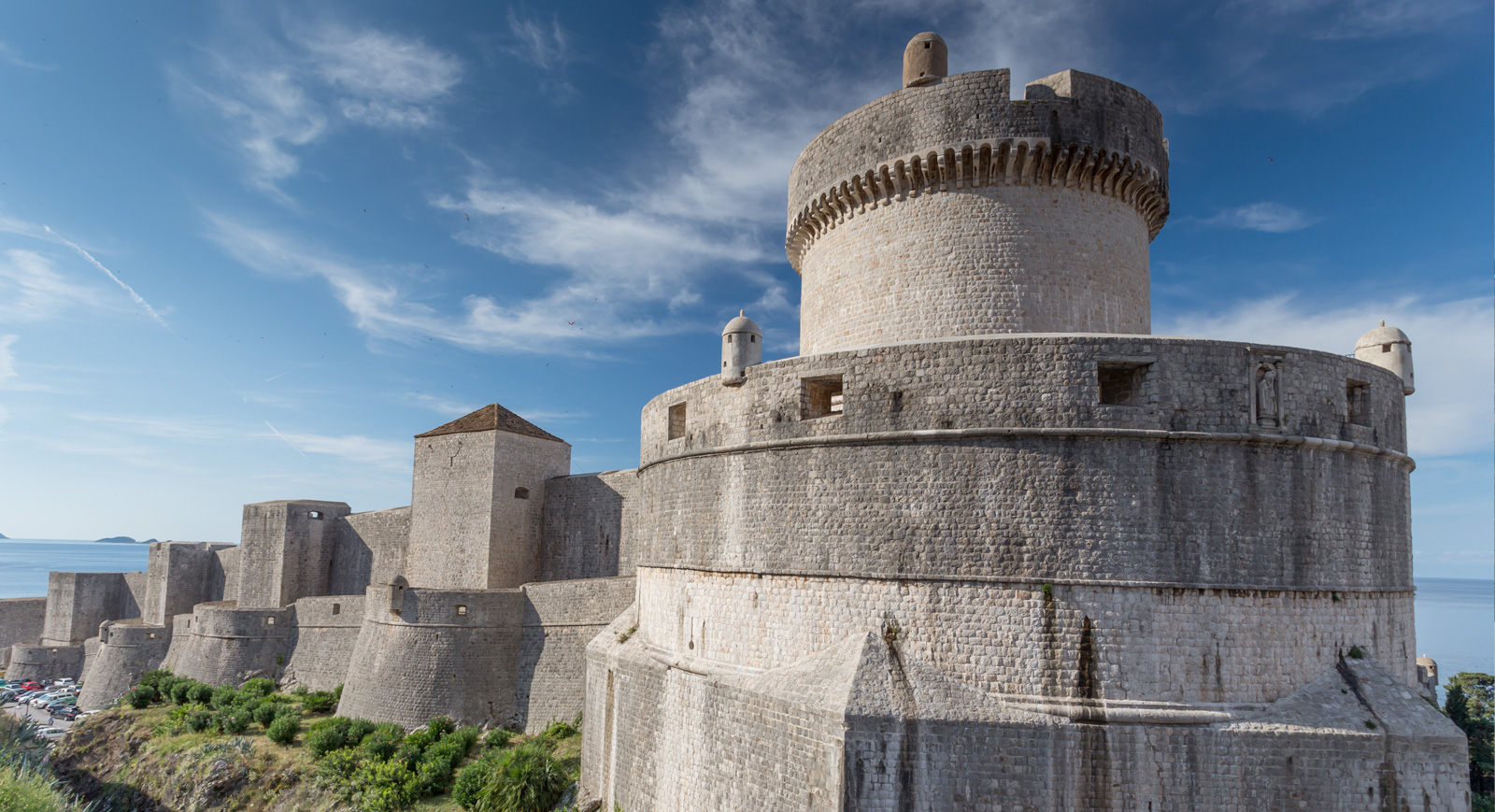