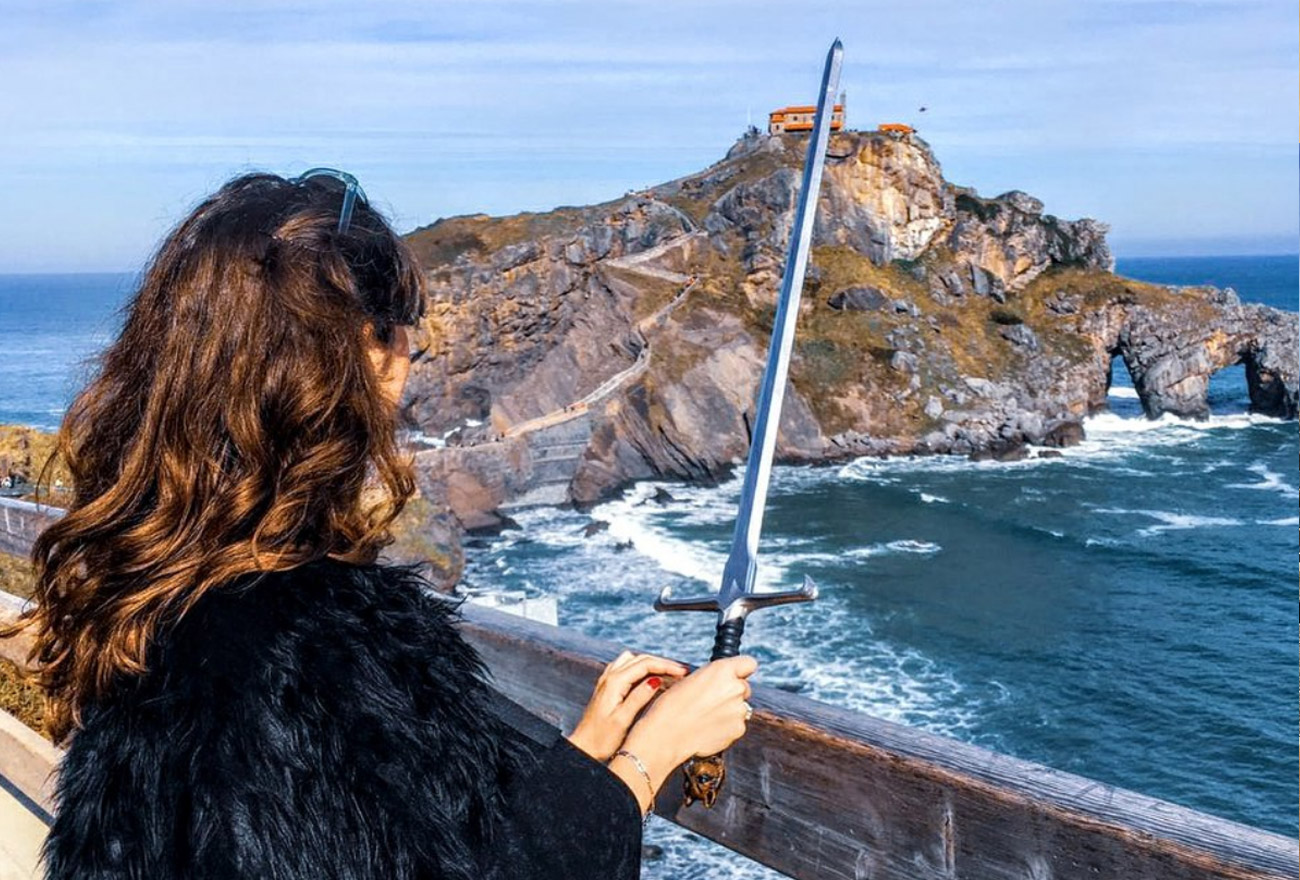 Departure point
Meet us at El Arenal (Opposite San Nicolás Church) at 7.45AM

San Juan de Gaztelugatxe has a history of being a place for pirates, covens and legends. Therefore the natural filming spot for Dragonstone.

When Daenerys makes landfall at Dragonstone for the first time in season 7, she does it on Itzurun Beach in Zumaia.

This beach portrayed King’s Landing in a scene where Davos picks up Gendry while Tyrion is in a secret meeting with Jaime.

Enjoy the beautiful filming locations where season seven took place. Dragonstone and parts of King’s Landing were filmed in the Basque Country. On this guided tour you will learn not only about what was filmed on each place but also about our local culture and heritage.

Don’t miss out the opportunity to visit these filming locations, awarded in 2018 in the category “Outstanding Locations in a Period Television Series” by the Location Managers Guild International.

My sister and I loved this tour. Our tour guides were so knowledgeable about the area, history, and of course Game of Thrones.
Read reviews

What should I wear?

We strongly advise to wear comfortable shoes. Not only appropiate for the weather but for the activity.
Sunscreen and/or hats for sunny days.
Raincoat for rainy days.
We also reccomend to carry cash as some places may not accept credit/debit cards.

IMPORTANT:
There will be some areas of difficult access for people with mobility issues. San Juan de Gaztelugatxe has uneven steps and the chapel is 1.2 KM (0.75 miles) away from the drop off point. We leave the choice to walk to the chapel to your discretion. In its place you will be able to see the chapel and enjoy the coastal views from the vewing point.

This tour is operated by Dragonstone Tours and it is not sponsored by HBO.
Children under 13 should be accompanied at all times by their parents/guardians.
Minors cannot book this tour without travelling with an adult.
We strongly recommend people with mobility issues to be accompanied in order to help them on certain parts of the tour.