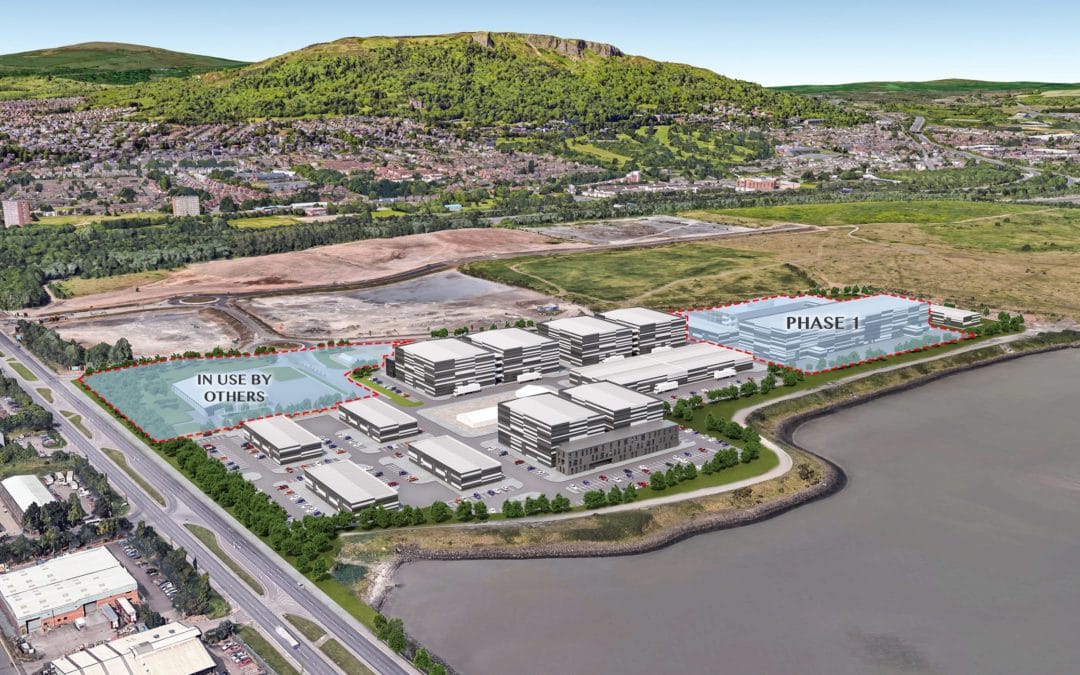 Construction started in April 2016 and the facility was completed early 2017 for the first tenant to commence pre-production in June 2017. The SyFy channel’s Superman prequel, Krypton, began filming during late summer 2017.

Click here for some cool drone footage of Phase 1 being built.

Today, 17th Feb 2020, Belfast Harbour posted this stunning news on their website. They plan to expand the site into the largest film and television studio complex in the British Isles outside of the southeast of England.

In July 2019 they submitted a Proposal of Application Notice (PAN) for a massive expansion including ancillary offices, workshops and car parking on lands adjacent to the existing film studios. The proposed development, which aims to capitalise on Northern Ireland’s already established world-wide reputation as a production location, will quadruple the size of the existing Belfast Harbour Film Studio complex and make Belfast a leading centre in the industry.

Belfast Harbour now intends to build the following on an adjoining 20-acre site.

In total, this new project represents more than 346,000 square feet of additional production facilities which, when combined with phase one, will create the largest studio complex outside of the South East of England.

The expanded facility will also provide flexible backlot areas and dedicated support space for specialised creative suppliers to the industry and aligns with Belfast Harbour’s ambitions to create a leading European media hub.

Joe O’Neill, Belfast Harbour’s CEO, said: “In recent years Belfast has established itself as one of the UK’s top media production hubs. In 2017 we invested £20m to provide brand new studio facilities but with record levels of demand for studio space globally we are confident the time is right to progress with phase two of the development.

“The location is highly accessible, is serviced by ultra-high speed internet connections and benefits from a skilled local workforce that has proven its ability to help deliver some of the world’s best film and television content. This new studio complex will build on Northern Ireland’s already impressive international reputation and generate around 1,000 creative industry jobs across a wide variety of disciplines.”

Upon receipt of planning permission, Belfast Harbour will start construction on phase two later this year with completion of the new studios scheduled for 2021.

Richard Williams, CEO of Northern Ireland Screen, said the expansion would provide a significant further boost for the local industry at a time when studio space is at a premium across the UK.

“With Disney and Apple joining Netflix and Amazon in investing in the launch of their own on-demand streaming services, there is no end in sight to the demand for high-end, high-cost content. That has led to unprecedented demand for studio space globally, so Belfast Harbour’s announcement comes at a perfect time for our local industry.

Spend on film and high-end television in the UK by major international productions topped £3.04bn in 2019, according to figures released by British Film Institute’s research and statistics unit.