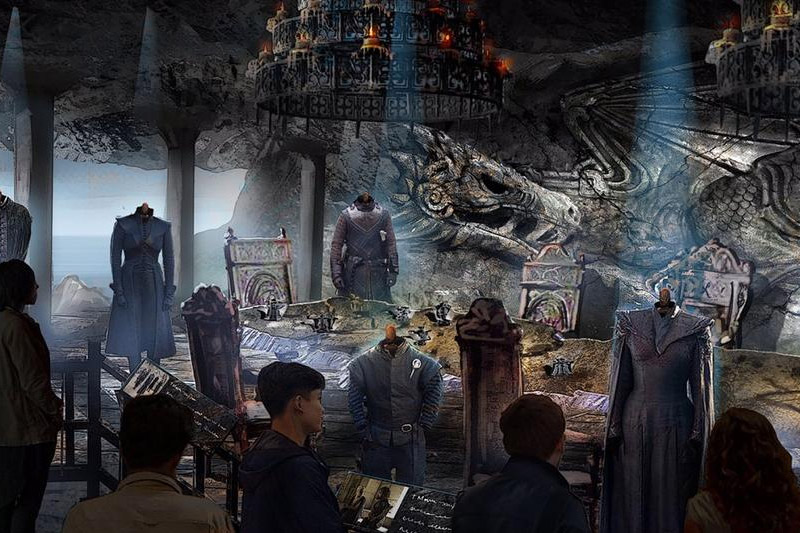 In September 2018, HBO announced a project called ‘Game of Thrones Legacy’. Four venues in Northern Ireland, locations which had stunning sets from the series, were in negotiations with HBO to secure license agreements to develop each site as a visitor attraction. The four sites were Linen Mill Studios (one of the two main studios used for filming Thrones), the set of Winterfell Castle on Moneyglass Estate, the set of King’s Landing in the Titanic Quarter of Belfast and, last but certainly not least, Magheramorne Quarry near Larne, location of the set of Castle Black, the door through the Wall and the set of Hardhome.

At last, more detail is emerging. It would appear that the first Legacy project will be the Game of Thrones Studio Tour. It will open its doors to the public in autumn 2020.

First, some background on the venue itself. Set along the River Bann, the Linen Mill Studios was once the base of operations of a key player in the story of Irish linen, the Ballievey Bleaching Company, founded in the 1920s. By 1974, the linen mill was operated by Ulster Weavers, employing 410 people at its height. The Ulster Weavers factory closed in 2011, with some buildings retained for storage until last year. The Game of Thrones TV production moved in from 2011-18, building several sets indoors but also some magnificent outdoor sets including the ruins of Harrenhal, the gateway and drawbridge into Riverrun and a huge ship set in an intake tank – Stannis Baratheon’s ship for the Battle of Blackwater Bay at the end of season 2, again used as Arya’s ship when she crossed the Narrow Sea to Braavos and Euron’s ship when he launched his sneak attack on Yara and Theon’s fleet. Since filming ended, Ulster Weavers have been turning Linen Mill Studios into the Game of Thrones Studio Tour. Courier firm DPD and Banbridge Storage & Logistics Limited, part of the John Hogg Group, also used the site until early last year but the entire site is now given over to the Studio Tour visitor attraction.

So Linen Mill Film & TV studios is now being converted into this Studio Tour. It will feature original sets, props and costumes used in the filming between 2011-19. Here are a few stats published recently in The Irish News on 7th January 2020:

The Winterfell Great Hall will be one of the big reconstructed sets. Others include the Castle Black mess hall, the Dragonstone chamber of the Painted Table and the Dragonstone Throne Room.

Artist’s rendering of the Dragonstone chamber of the Painted Hall courtesy of HBO/Linen Mill Studios.

You have Successfully Subscribed!